I’ve been messing around recently with the idea of getting a neural network to spit out characters. It’s not something I want to spend a lot of time on and develop into something serious, but it’s quite a fun little project anyway.

What got me thinking about this was a chapter in Douwe Osinga’s Deep Learning Cookbook about generating icons with a recurrent neural network. In the chapter, we move from the idea of trying to generate icons pixel-by-pixel to seeing an icon as a series of drawing instructions - in the book, based on scanlines. Osinga shows that by getting the network to produce drawing instructions rather than pixels you end up with icons which are much more “icon-like”.

Well, a glyph in a font is just a series of drawing instructions (oncurve/offcurve, X coordinate, Y coordinate), so if we show the network a sequence of instructions from a real font, maybe it will start dreaming up its own characters. And, you know, it sort of does: 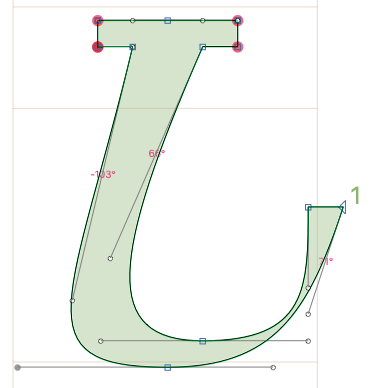 I’m happy to tidy up the code and make it available at some point, but here’s a few observations based on what I have learnt so far: